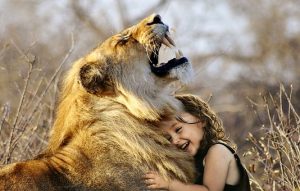 To love public speaking may seem a pipe-dream for so many people. It is more fearful than death according to certain surveys. That is quite a statement. But can you learn to love it. I believe you can. What do you need to do? Practice, practice, practice!!!!! It really is as simple as that. When you engage in as much public speaking as you can, the fear slowly subsides, and you build confidence each time you attempt to speak in public. It is a process all the more experienced speakers have been through at Epsom Speakers Club and we are witnessing a high standard at the meetings at this point in time. As I stated at the end of the meeting, I am grateful for the opportunity to engage with every member at Epsom Speakers and try to help achieve the individual goals we all have. I see that it is in the spirit of cooperation and appreciation that is the beginnings to fixing this broken society we live in today. The divisive strategies appearing in many forms from politics to religions, gender to sexuality etc are causing so many problems today among human beings. It is fantastic we can put all that aside and learn together. We can entertain the positive thoughts of starting to love your public speaking. You can do it. Only you can choose that fate for yourself. Epsom Speakers Club is just the vehicle.

Penny Williams was the Toastmaster for the evening. The evening was guided by Penny in an effortless way, and she explained all the parts of the agenda well, and let the Topics Master explain his role. Penny showed us how to be a great Toastmaster. Just enough to feel her presence, but not too imposing to detract from the other speakers. The Toastmasters role is probably one of the most fun roles at the club, and you do see the meetings in a different way after taking on the role.

We had Norman on the lights, who was very organised and explained why we use the lighting system at the club. We had Mark as videographer, explaining why it is important to have your speeches filmed. And Doris stepped in as ballot counter. Then came the warm up which was taken on by Phoebus. I used to look at Phoebus when he spoke as a new member, but his growth as a speaker makes me see him in a different light now. Phoebus has improved so much as a speaker and took to this role like a fish to water. He asked what do we do to relax after work? The warm up should enable everyone in the room to say a few words on the subject, and Phoebus certainly did that. Play stations and beer stood out, though I must say more and more people are turning to meditation to relax, which is hard, but a very enlightening pursuit.  When you can slow the monkey mind down, life really does take on a different look altogether.

We had four wonderful speeches and the competition was close for the winning speech. We witnessed two C2 speeches from Chris Terry and Julia. Chris spoke about speed cameras. Chris raised some interesting points. If you look deeper into why the road safety set up is the way it is, then that is a very interesting piece of research in itself. Julia spoke about being a parent. One of her children is in their terrible two’s. Julia looked more like a C7 or C8 speaker and was evaluated in that way. Julia has made enormous improvements in her speaking, and it is great to see. I do remember her as a guest. She found it so difficult to introduce herself. I see the confidence starting to rise in her public speaking and it is a joy to see. Also Julia highlighted a good point that we do judge parents on moments in time rather than seeing the whole picture. Another good tip was don’t go to Pizza Express before 7 pm if you want a quite meal out.

Paul Van Der Hagen was next up, and his speech was about flying. For me, it was like Paul quoting my Father. He used to say ‘If you don’t ask, you don’t get’. Paul also has improved greatly as a speaker and gave us a very interesting speech about hitching a lift in a plane. I would never of dreamt of doing such a thing. My Father would have though, so Paul has re awakened the more adventurous spirit that has been lying dormant in me for a while. It was another thought provoking speech. And last but not least, we had Lloyd speaking about loving his spot. It is wonderful to see Lloyd reaching his C10. I know he has really worked hard on his speaking. Lloyd does much background work for Epsom and Mole Valley speakers as well. It is great to see him now achieving his C10 award. Speaking in public takes on a different turn when completing your C10. It is a different pressure. You feel you have to produce something special each speech. I am sure Lloyd will rise to the challenge. Lloyd went on to win the best speaker prize, but it was a close call.

The evaluators were Daniel, Patrick, Costa and Gillian. All the evaluations were of a great standard. This is at the heart of Toastmasters. Everything is evaluated, and therefore we learn from our recommendations and build on our commendations. I feel the evaluations at Epsom are becoming so much more refined. The recommendations are clear and easy to understand, and everyone in the room learns from them. I did notice there were some people evaluating in the first person, rather than the third person with some evaluations though. This is a little distracting for the whole audience as it starts to feel like a one to one conversation, rather than addressing the whole audience. Patrick also raised a good point during his recommendations of asking a question of the audience. Rather than saying ‘Has anyone…?’, ask ‘Have you….?’. This makes the question open to everyone and more personal. These seem like little points, but they are very important. It is the little things that mean a lot. Daniel went on to win the best evaluator. Daniel also is a relatively new member, and he has improved remarkably also.

After the break we had the Topics Session ran for the first time by Rick. Rick is another new member to the club and is slowly and methodically chipping away at his nervousness at public speaking. This was a great example of how he is achieving this by running a great topics session. The theme of the session was interview questions. I can’t even remember the last time I went to an interview in a formal way, so this was particularly interesting to me. The participants were Dave Goodman, who let loose with a foray of jokes, myself, Doris, Justin, Elizabeth, who managed to speak about Scottish dancing again, Aron and Phoebus. It was an amazing topics session where everybody had something to say, and many laughs were had. Justin went on to win the topics session.

David Lane was Topics evaluator. David gave us good commendations and recommendations for every participant.  David is becoming more confident as a speaker since being at Epsom Speakers. David is good at finding recommendations and is a real asset to all of our learning experiences. And last but not least was our general evaluator Aishi Lim. Aishi gave us a wonderful run down of the evenings proceedings and kept the humour going from the topics session. Aishi has a wonderful presence on stage and showed us this with his observant evaluation of the evening.

I had so much fun last night I was laughing most of the evening. Laughter is so good for you on many different levels, but it also helps to stop you feeling so nervous. I do hope you all learn to love speaking in public. I am very grateful also to be able to preside over such an amazing club. May the learning curve keep growing.